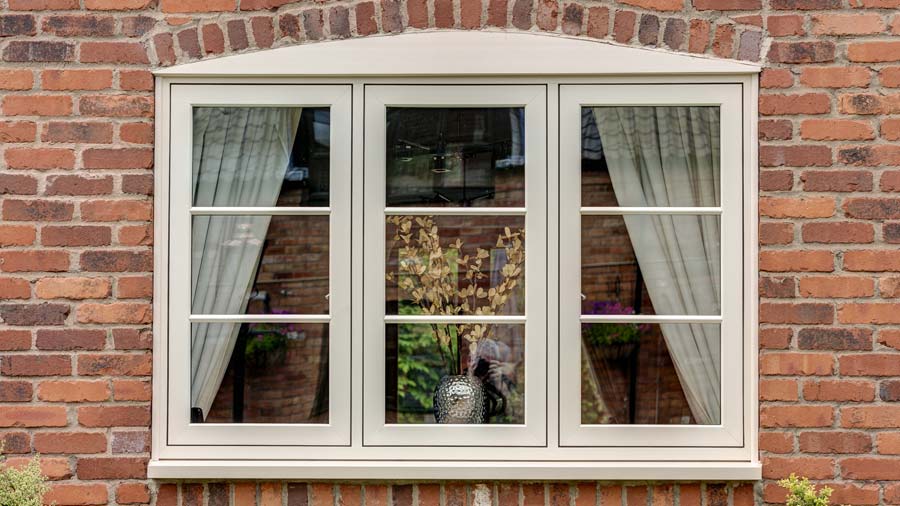 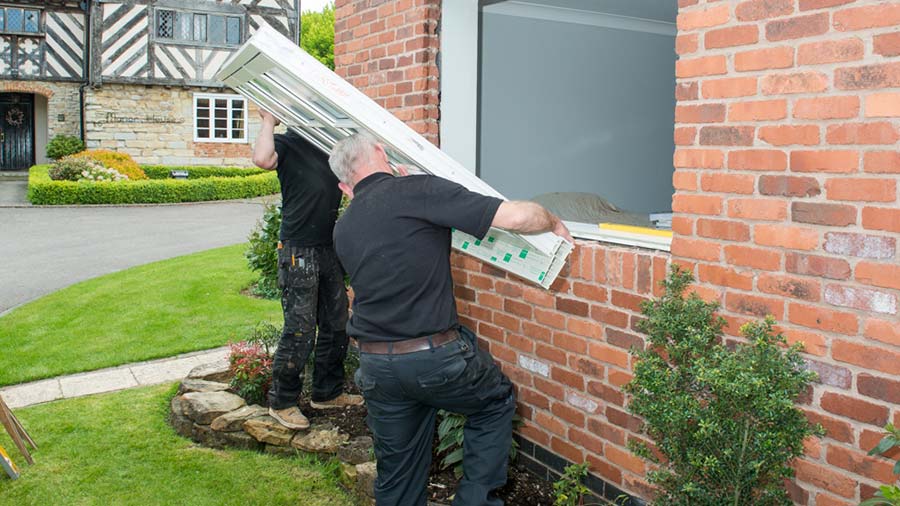 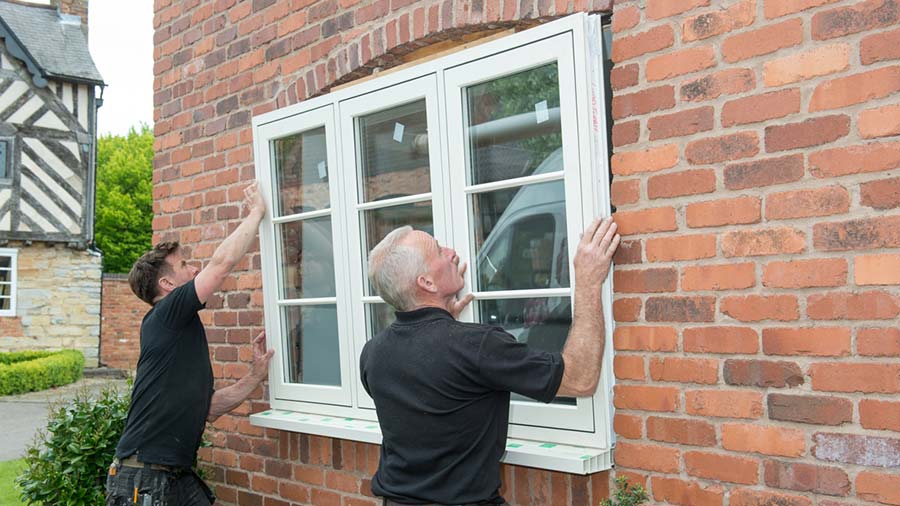 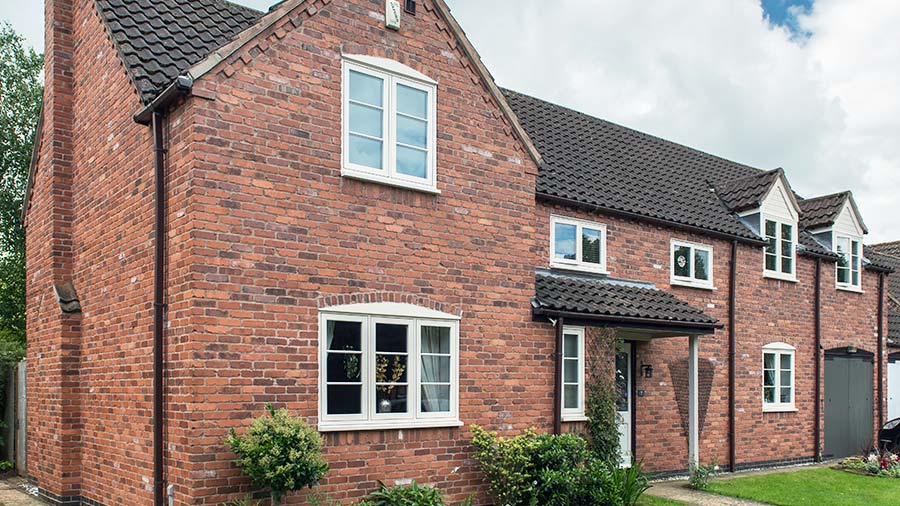 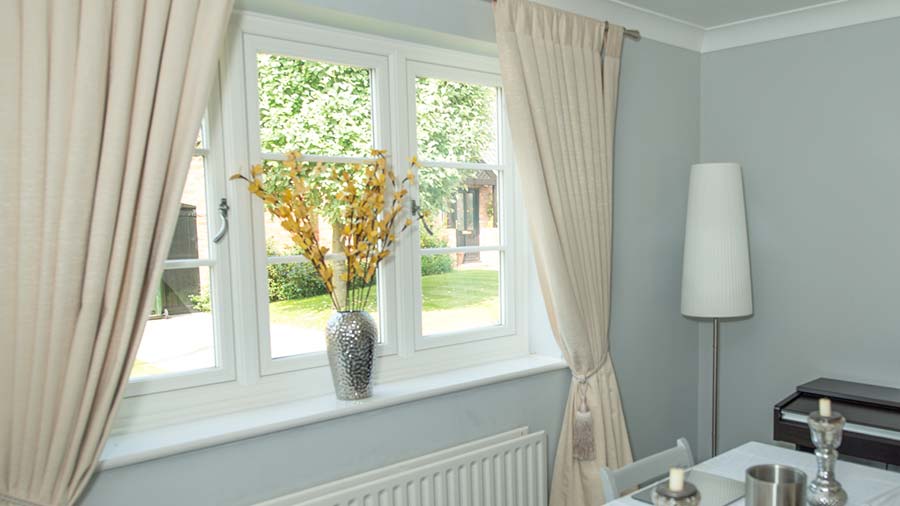 “Our new windows have been a year in the making,” Mrs Hill told us. “We moved in eighteen months ago planning simply to paint the old wooden windows to give them a new lease of life. The original windows were dark brown wood and made the house look very gloomy from the outside – we knew we needed a cream colour to give the house a real lift. But the windows hadn’t been cared for and as a result were in very poor condition inside and out and it didn’t take us long to realise we needed to invest in all new windows and fascias.”

Mr & Mrs Hill live in a four bedroom detached property in a Nottinghamshire conservation village. Their home is less than 20 years old but has been designed to be in keeping with the style of the sixteenth century manor house in whose original driveway the house has been built. “When we started looking at windows we thought it would be simple and obtained a quote for basic windows,” explained Mrs Hill. “However, we quickly appreciated we should invest in something a little bit special to give our house the wow factor and to be more in keeping with the style of the older properties surrounding us in the village. That’s when we started looking at woodgrain effects and were introduced to the Heritage Collection.” 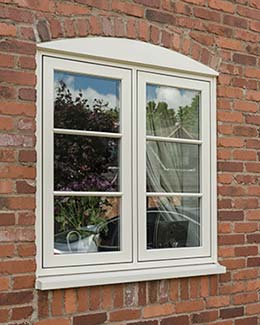 Mr & Mrs Hill visited their local showroom – D&M Windows in Ruddington – several times over the course of the next twelve months, weighing up the options and considering different window styles. “We couldn’t believe how many possibilities were open to us – from frame style to colour, to the style of the Georgian bar,” continued Mrs Hill. “Initially we were overwhelmed, but the team at D&M were great, talking us through every small detail and priced up a variety of styles so we could really consider how much we needed to pay to get what we wanted. We did get a couple of quotes for comparison but there was no competition – the wide range of products available at D&M and the value for money available was excellent.

“We opted for a Heritage Collection flush casement style in a woodgrain effect to create the impression of wooden windows. We were lucky, we didn’t need planning permission but even if we had needed it, I’m sure these windows would have sailed through the application process – they suit the house perfectly. To the front we chose to have two horizontal Georgian bars to add character to the property and to reflect the traditional styles of many of the houses in our small village. To the rear we wanted an uninterrupted view of our garden, so decided not to have Georgian bars on those windows. Outside the windows are a lovely country cream colour, whilst inside we’ve chosen a white woodgrain to complement our neutral décor.

“Our house has gone from being dull to looking fantastic. It was an ugly duckling on the small development of seven houses where we live and it’s possibly now the most attractive. We’ve achieved what we wanted to with the appearance – several people have asked us if they’re wooden and were really impressed when we revealed the windows are uPVC. We’re confident the money we’ve spent will have added significant value when we come to sell both in monetary terms and speed of sale.

“The team at D&M has been fantastic. We initially chose them because they are our local Certified Installer Network retailer, but soon became aware that they’re something of a window supplier of choice in our village, with several of our neighbours having had doors and windows from them in the past few years. We’ve already recommended them to two of our neighbours looking for replacement doors and windows.”