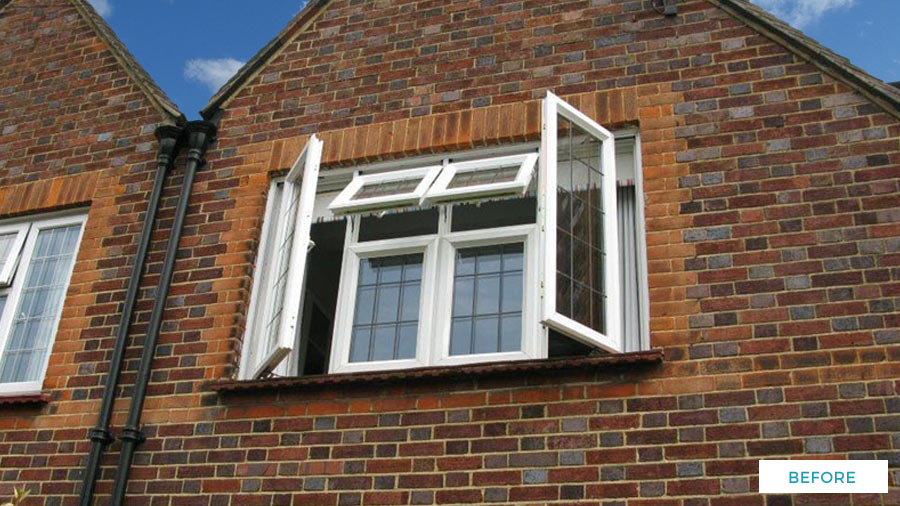 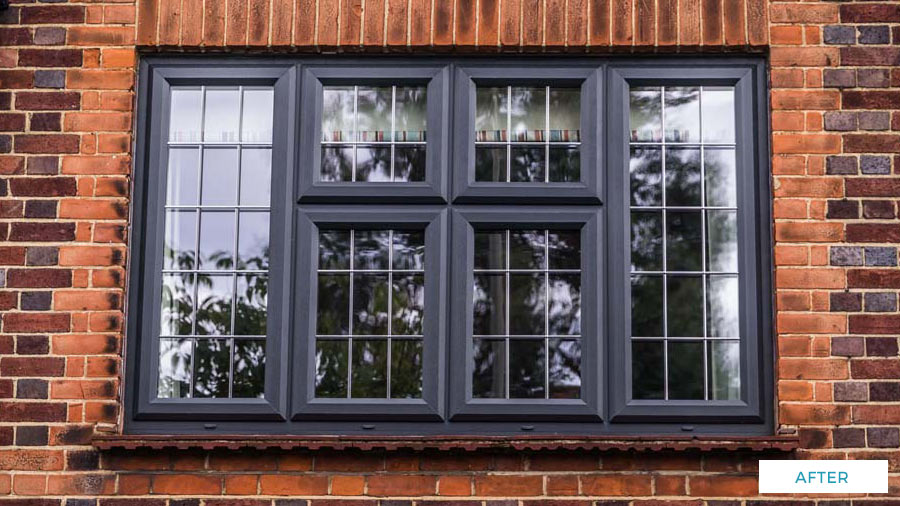 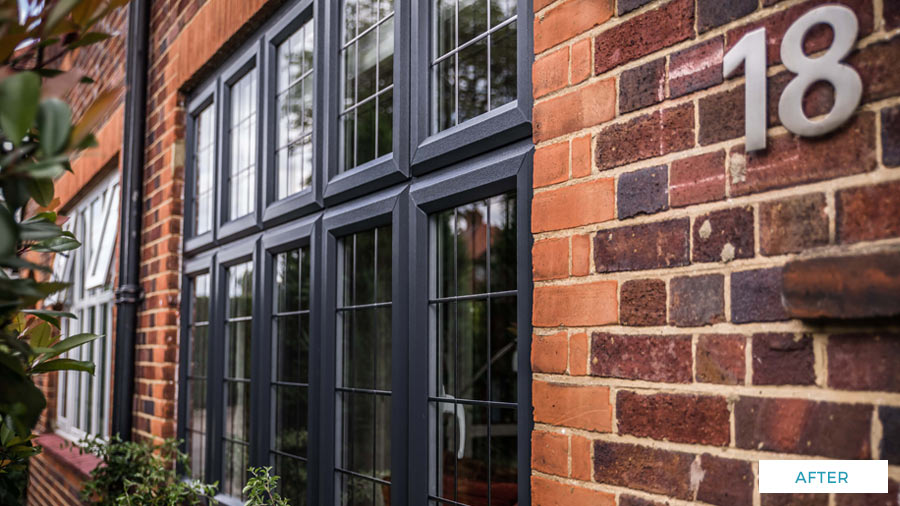 Mr & Mrs Conroy live with their son in Woodside Park, north London, in a four bedroom semi-detached house they bought 15 years ago.  As keen home improvers they were seeking the ultimate window replacement system to replace the family’s out-dated double glazed windows.

With an eye for interior design Mrs Conroy had a clear idea of what she wanted. “It was our original intention to simply replace the five misted units, but I had always fancied grey windows with a slight wood grain texture, to complement the grey / red bricks of the house.

A member of the Certified Installer Network (CIN), Barnet Window Company was recommended to the Conroy family. “We were delighted with Barnet Window Company from the very start,” said Mrs Conroy. The couple visited the showroom to get a feel for the products, to find something they liked the look of and to understand how much it would cost. They were impressed with the quality of products available by choosing a member of the CIN. “The salesman didn’t oversell the products to us, if anything he underplayed it. Unlike other companies, which had been disinterested in replacing the misted units, Barnet Window Company quoted for exactly what we wanted.”

Once Mr & Mrs Conroy visited the showroom and saw how far technology has moved forward in the 10 years since they replaced the original 1930s windows, they decided to look at upgrading all of the windows once again. “We opted for windows tinted with UV reflection to reduce the impact of the afternoon sun in the rooms on the front of the house – our son’s bedroom in particular would overheat on a sunny day,” explained Mrs Conroy. “We also wanted to reduce the noise from the road. For ease of maintenance we chose uPVC – some of our neighbours have timber window frames but we wanted to keep life easy by using modern materials.”

Choosing to use a double-glazing company which is a member of the Certified Installer Network meant the Conroy family were safe in the knowledge they were receiving a quality product, quality installation, clear terms and clear communication. Mr & Mrs Conroy were delighted: “The installation was superb and took no time whatsoever. We were pleasantly surprised because everything took so long when we had the original metal frames replaced with double glazing ten years ago – this time around there was just minimal touching up of the paintwork.”

There was a need to match the colour of the window frames to a Scandinavian folding door which had been specified by the architect involved in extending the back of the family home. Mrs Conroy in particular is thrilled with the grey colour: “I absolutely love the look of our windows and I love the grey. Thanks to Barnet Windows it’s a perfect colour match. Even after placing the order I still wasn’t 100% sure it was going to work and we were concerned the neighbours might think we should have gone with a more traditional look. But the local response has been amazing – people have knocked on the door to ask us where we got our windows from. When we tell people how much we paid, people have said to us they have had much higher quotes for a product which isn’t as good quality. Maybe we’ll start a grey window revolution!”

“Replacing the windows has been the best decision. It’s really improved the kerb appeal of our house. What we’ve chosen is far more than replacement windows – we’ve upgraded to a much better product, there is no comparison with what we had before.  The the house is quiet, the rooms at the front of the house don’t get so hot and we feel that the house is so much more secure than before. And with a ten year warranty insurance-backed by the Certified Installer Network, we can’t go wrong.”

Over 15 years living in the house, Mr & Mrs Conroy have made many home improvements and have come across a multitude of suppliers. “There are very few companies I can wholeheartedly recommend but the Barnet Window Company really stands out, I cannot praise them enough,” said Mrs Conroy. “They have been an absolute delight to deal with and we’ve had no problems with the product. The service was superb, the after care has been brilliant. Why aren’t all companies like that?”

The Barnet Window Company is a member of the nationwide Certified Installer Network, helping consumers gain access to reliable installers of new doors, windows and conservatories.