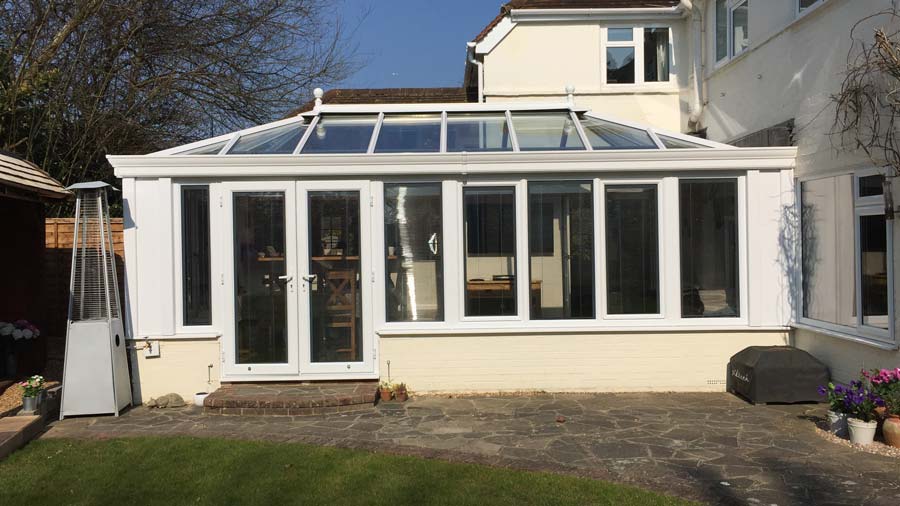 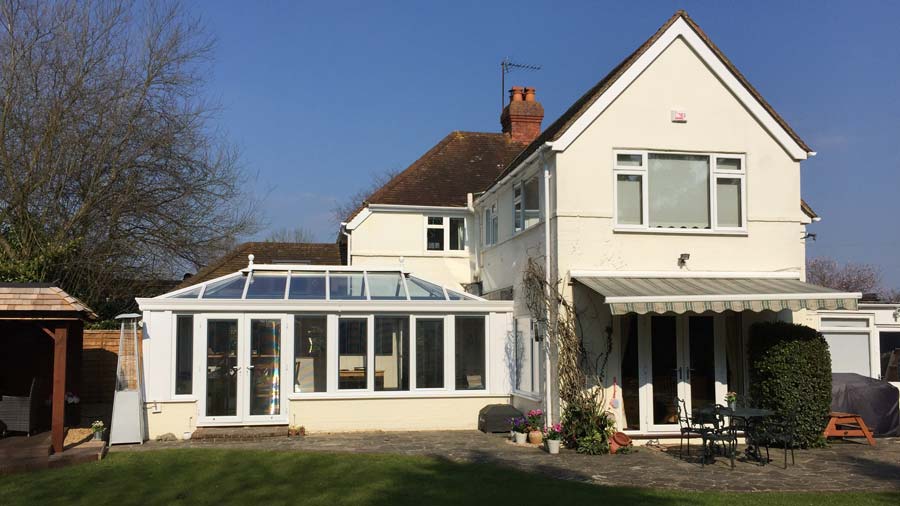 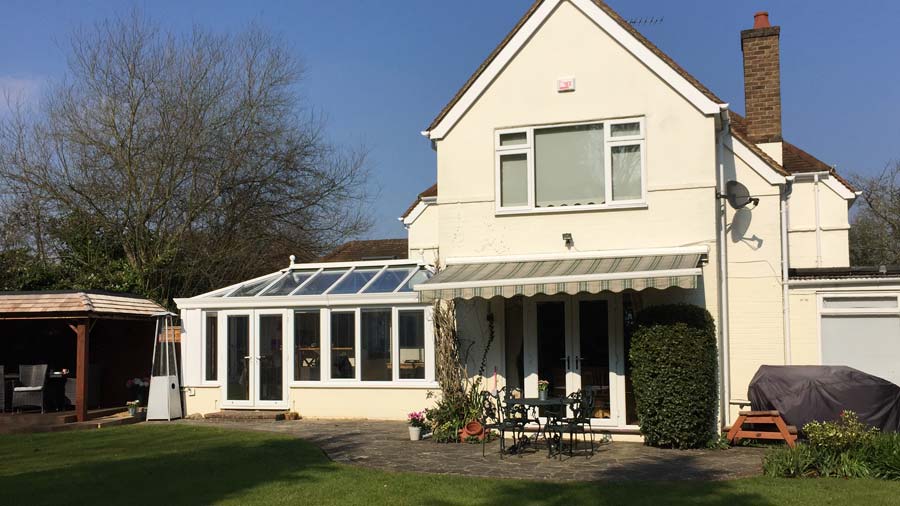 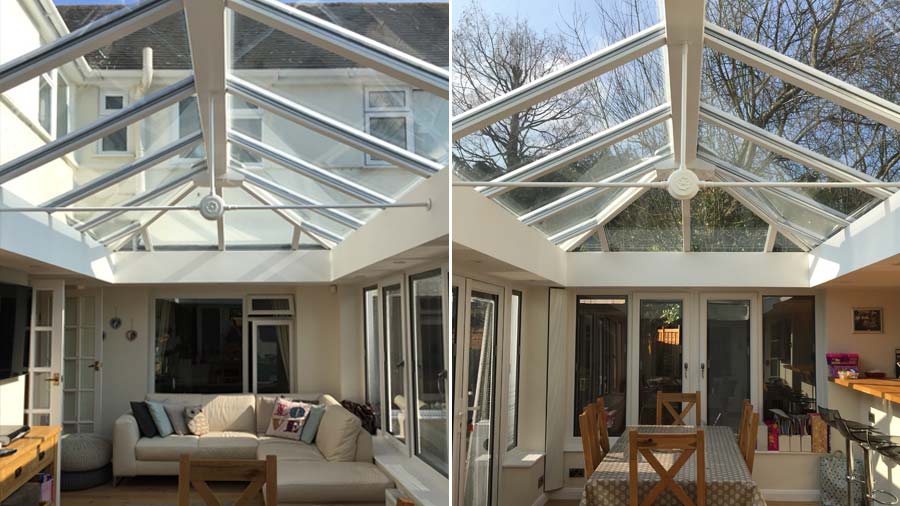 Mr & Mrs Stefka live with their two daughters in a 100 year old cottage in Berkshire. They moved in six years ago, but despite intending to tackle the old conservatory as a priority, they lived for several years with a space which was too cold to use in winter and too hot to enjoy in summer. It wasn’t until water started leaking through the conservatory roof at the end of last year, Mr & Mrs Stefka decided the time had come to replace it.

Mr Stefka already knew of Certified Installer Member Sherborne Windows, having originally had a recommendation from a friend and used them for a set of French doors back in 2010 – he’d been impressed with the service he’d received and knew Sherborne had a good local reputation. Once they obtained a quote from Sherborne, the couple didn’t want to look anywhere else and placed an order for new Tricept windows, gutters and an impressive glazed extension. 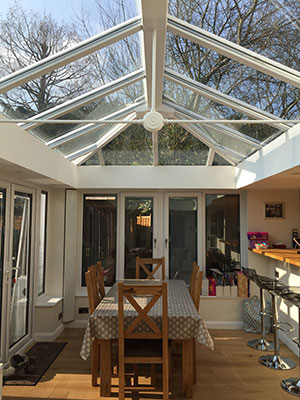 The new glazed extension has completely transformed the house for the Stefka family. “The house now flows better and it’s so light and warm,” said Mr Stefka. “The conservatory used to lead off from the kitchen through a door we tended to keep locked – the only people who used it were our children and it was just a jumble of toys that we could shut away at the end of the day. With the glazed extension, we’ve been able to remove the internal wall to create a huge family living space. Now the kitchen looks out across the garden and we’ve positioned a sofa and dining table in the new extension to create somewhere the whole family can spend time together cooking, eating, playing, watching TV and doing homework. The garden feels more accessible through a new set of French doors and, as the weather warms up, we’re looking forward to allowing the children to play outside whilst we prepare dinner now that we can see them.”

The Stefka’s opted for a fully glazed roof – the house isn’t overlooked, so privacy isn’t an issue and they love the amount of light that’s now in the house: “We no longer eat in the somewhat dark dining room, we only eat in the extension which is just so nice and bright,” described Mr Stefka. “And because every other pane of glass opens fully, we really get a sense of opening up the space to the outside.” A LivinROOM pelmet houses spotlights and really adds to the impression that the extension is part of the main house. And because of the young children, the team at Sherborne recommended that the blinds be manufactured inside the glass.

“We received fantastic service from the team at Sherborne Windows,” said Mr Stefka. “Trust was a big part of it and my wife and I both felt we could trust them to do an excellent job. The Sherborne team took care of everything, including the planning permission we needed. And we were impressed by how hard they worked hard to meet the timings we requested – at one point we had five Sherborne vans in our drive to get the job done!”